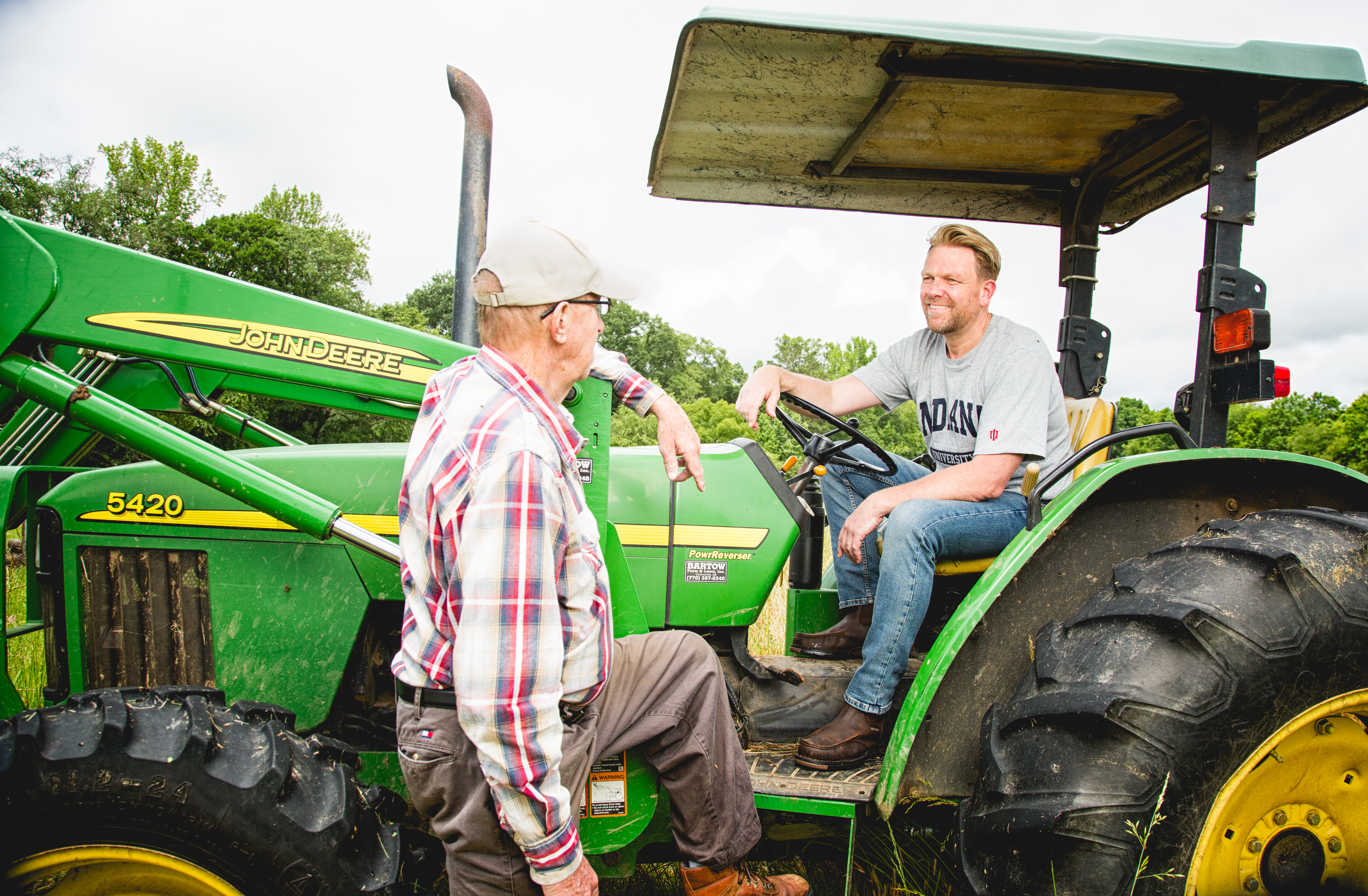 This concept of Time. It’s at the core of every decision we should be making when we decide what to do — or not do — with our growing children and our aging parents.

THE DAY BEFORE MY FATHER’S FUNERAL, I pulled into a busy Waffle House, took a seat, and planned to eat nothing, to order nothing. Generally, this is ill-advised.

Instead, I was intent on talking a waitress I had never met into giving me her Waffle House name badge, in exchange for a crisp $100 bill. I asked her to sit with me so that I could tell her a story about my dad, who had just passed away a few days prior. She side-eyed me and said “no” to the sit-down. But she didn’t walk away.

I quickly explained to her that my dad was the sort of man who made people feel “kind of special” everywhere he would go, most of the time, and that he would always call waitresses and store clerks by name with a nice smile — and how this always made an impression on me as a young person growing up in his shadow.

If I could just maybe take her name badge with me today, I would be using it as a visual aid in my eulogy of my dad at his service the next day – “a Big Man in whose presence you never felt small.”

Well, she was happy to help me out that day. I spent a great deal of time in my father’s ‘celebration of life’ service talking about how a simple moment with Max could lift someone’s spirit, during the quickest of daily routine human interactions — or over a lifetime in the relationships he had with us in his family.

My dad was a passionate, natural-born businessman. Business was a sport to him. How could we do it better? Be more productive. Let’s truly enhance the customer experience. Where is the edge? What’s the creative work-around to this issue or problem? What can we be thinking about today to stay four steps ahead of the competition? Priceless lessons from dad. A great leader.

Yes – you’re catching on – this is a Father’s Day post. I am bragging about my dad again.

But this time I am going to check myself and go in a different direction. Because I realize I do tend to eventually drone on about “hey, golly and shucks – if you love Hartmanlaw, you would have loved Max . . .” – because I’ve tried to remain true to his value system and zeal for perfection in the client/customer experience. And that is all true – I am not diminishing that sentiment now, in any way. I know I talk about and write about the law firm a lot. But I just love this place. 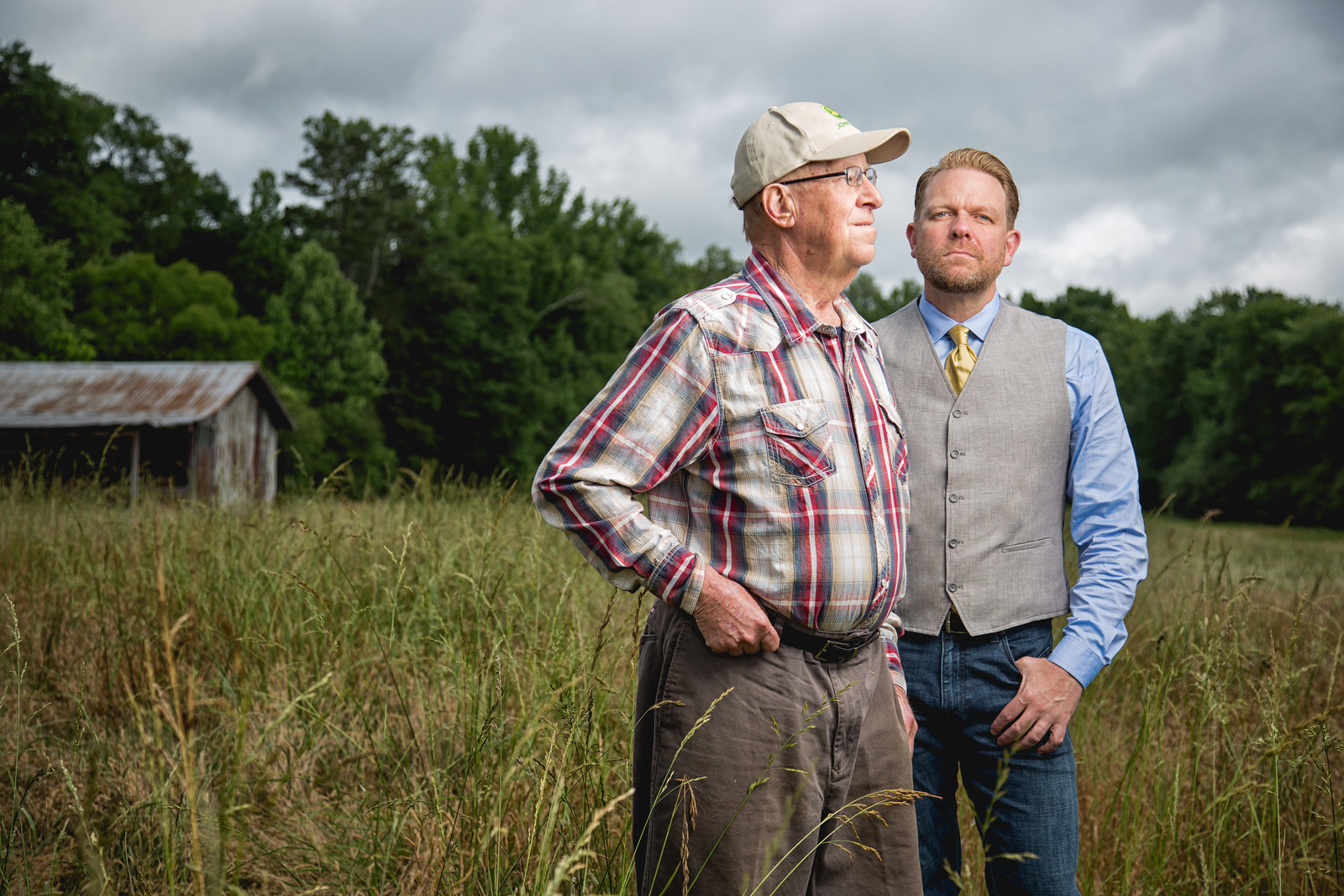 And yet, as I continue to pivot my thinking and look for truth, wisdom and some light in different places, and particularly in the quest for that elusive “work-life balance”, I can’t help but honor the most valuable of the lessons and gifts from my dad.

That is, although he set me up to be a pretty aggressive capitalist, he actually showed me – even in the face of very tough odds – what it takes to be a great daddy.

So – enough suggestion that Max the Business Man marched around teaching me how to be a mini-mogul since I was three years old. Heck — maybe I make it sound like I was being raised by Gordon Gekko from Wall Street or Ford’s Lee Iacocca. No, my dad taught by living, not by telling.

Sometimes, being a loving, present Father is about giving the time and doing the little things with your child that you really quite often can hardly fit into your busy schedule; or maybe doing the stuff you Just. Don’t. Want. To. Do.

This concept of Time. It’s at the core of every decision we should be making when we decide what to do — or not do — with our growing children and our aging parents.

And I think my dad really “got it” when he was a younger dad in a divorced family. He made time for my sister and me every single weekend and all through the long, Indiana summers. And despite his remarriage we were never cast aside; in fact, we inherited great sisters and a 2nd mom. 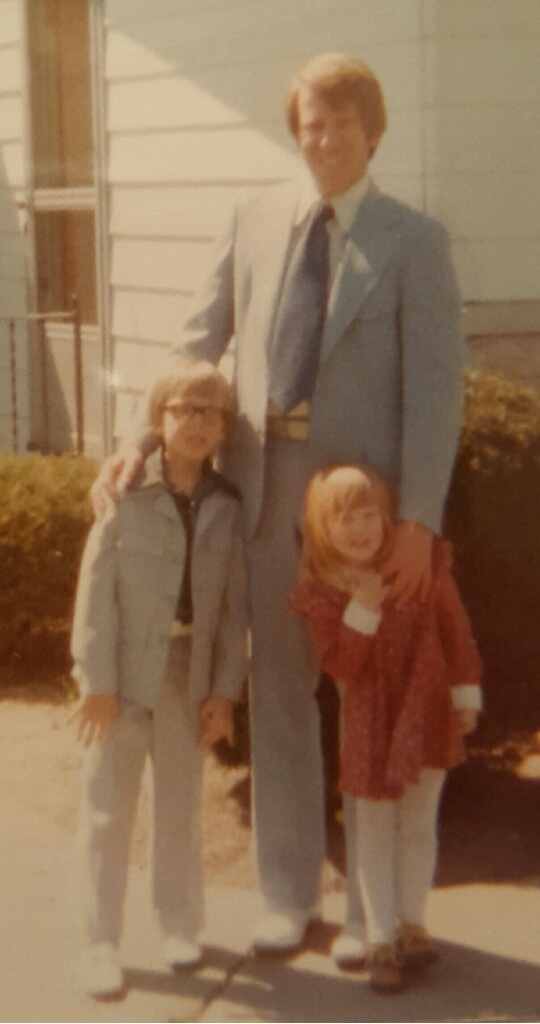 We had a decent commute between our parent’s homes each Friday and Sunday. Harry Chapin would often come on the radio and that iconic song would play – “The Cat’s In the Cradle” – When you coming home dad? I don’t know when, but we’ll get together then, son, you know we’ll have a good time, then.

But you know how the story in Chapin’s song ends. Dad never comes home on time. They never play ball in the yard. And sooner or later the son flips the script on old dad and never visits his aging father. It’s a very sad, cautionary tale.

That song — “The Cat’s In the Cradle” – became our song for dad and me. And indeed, it became the ‘slap in the back of the head’ if one of us started to abuse Time. If my dad had a rare occasion where he had to miss picking us up for a weekend, I would jokingly say “Well, Dad, I guess “The Cat’s In the Cradle”, huh?” Precocious little twerp that I was.

But as was more often the case, it was teenager ME, licensed up and ready to run, suddenly not as interested in weekends in the country following dad to a farm implement store or visiting sleepy downtown Wakarusa. I would slide in just before church on Sunday morning and stay for pot roast at lunch – and off I would go again. 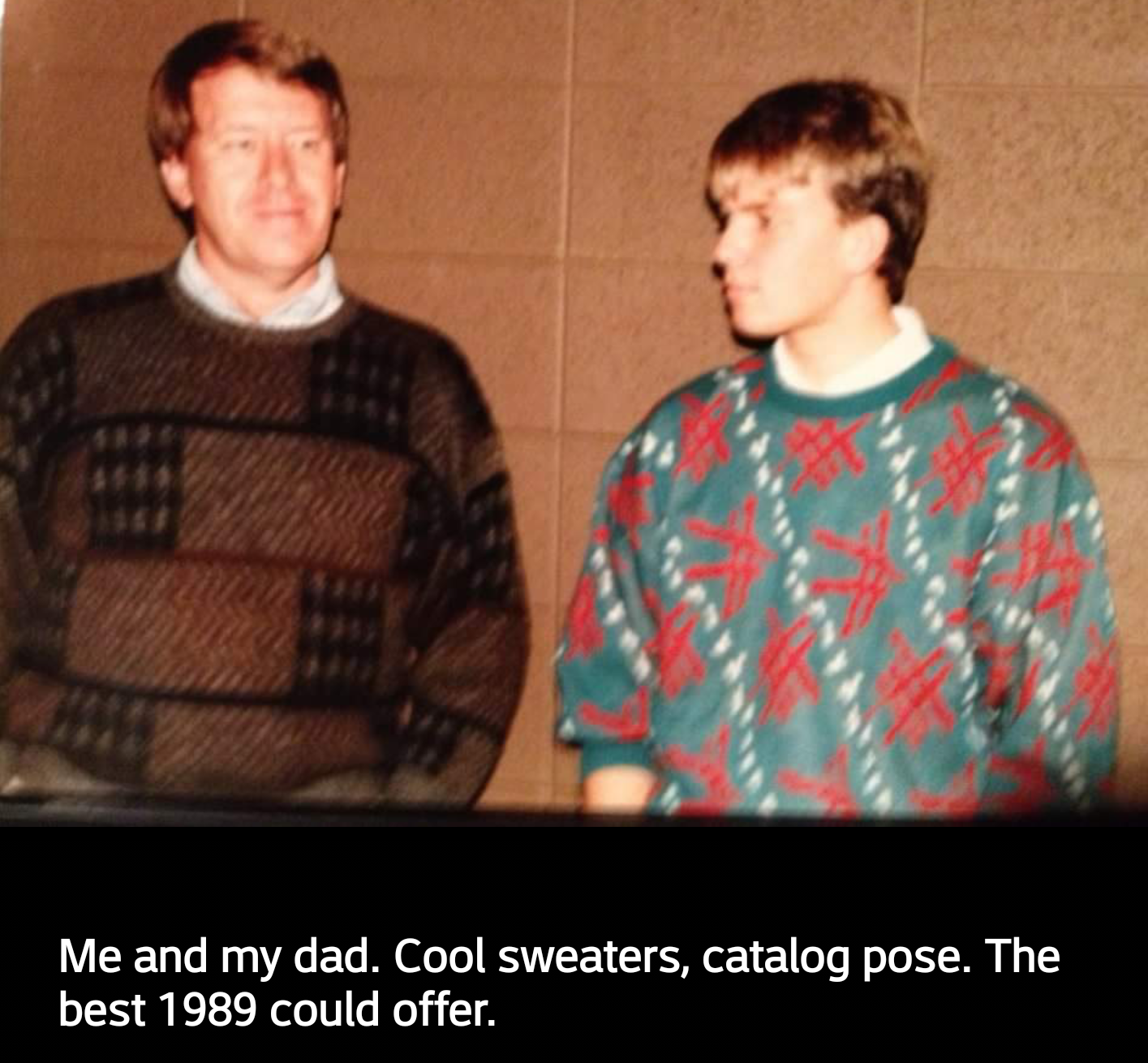 My daddy and I ran out of time. Or perhaps, Time ran out on us this year. Either way though, it was not because of “The Cat’s In the Cradle.” We beat that rap. He was present in my life – and although the Bucket has a few things left in it we will never get to do here on Earth, we had our Time together as father and son. It was good.

Thanks daddy. I love you. Happy Father’s Day, too.

Ahem. OK. And so today, I have a 10-year old son of my own who likes to have “shadow fights” and duels with plastic swords in the back yard. Sometimes we have Nerf gun battles. I have re-enacted the trench run attack on the Death Star from Star Wars: A New Hope with Microfighter X-Wings about 478 times. Just this year.

There are times when I am asked to be a back-up singer for him while we stage a concert of either a Bruno Mars set or maybe White Zombie in the driveway – in front of the house.

My son can be a tough playmate at times. He is pretty demanding and particular. And let’s face it, I get a little embarrassed being a backup singer to a 10-year old in my front driveway at 6:00 p.m. on a weekday. Call me too self-conscious, I don’t care.

Life gets in the way, and also sometimes I don’t feel like making another run through the Death Star trench at that main port above the tiny exhaust port, especially if I might not get the X-Wing pew pew sound exactly right and suffer being yelled at by a very authentic-minded 10-year old!

So I caught myself saying “no” to many of his requests for playtime, a little too often. And then, I felt like maybe he was not asking me as often to play; maybe soon it would be not at all!

And that scared me a little. I heard Harry Chapin’s voice in my head – sooner or later Sam would be singing “what I’d really like dad is to borrow the car keys – see you later can I have them please . . .” and gone he would be. 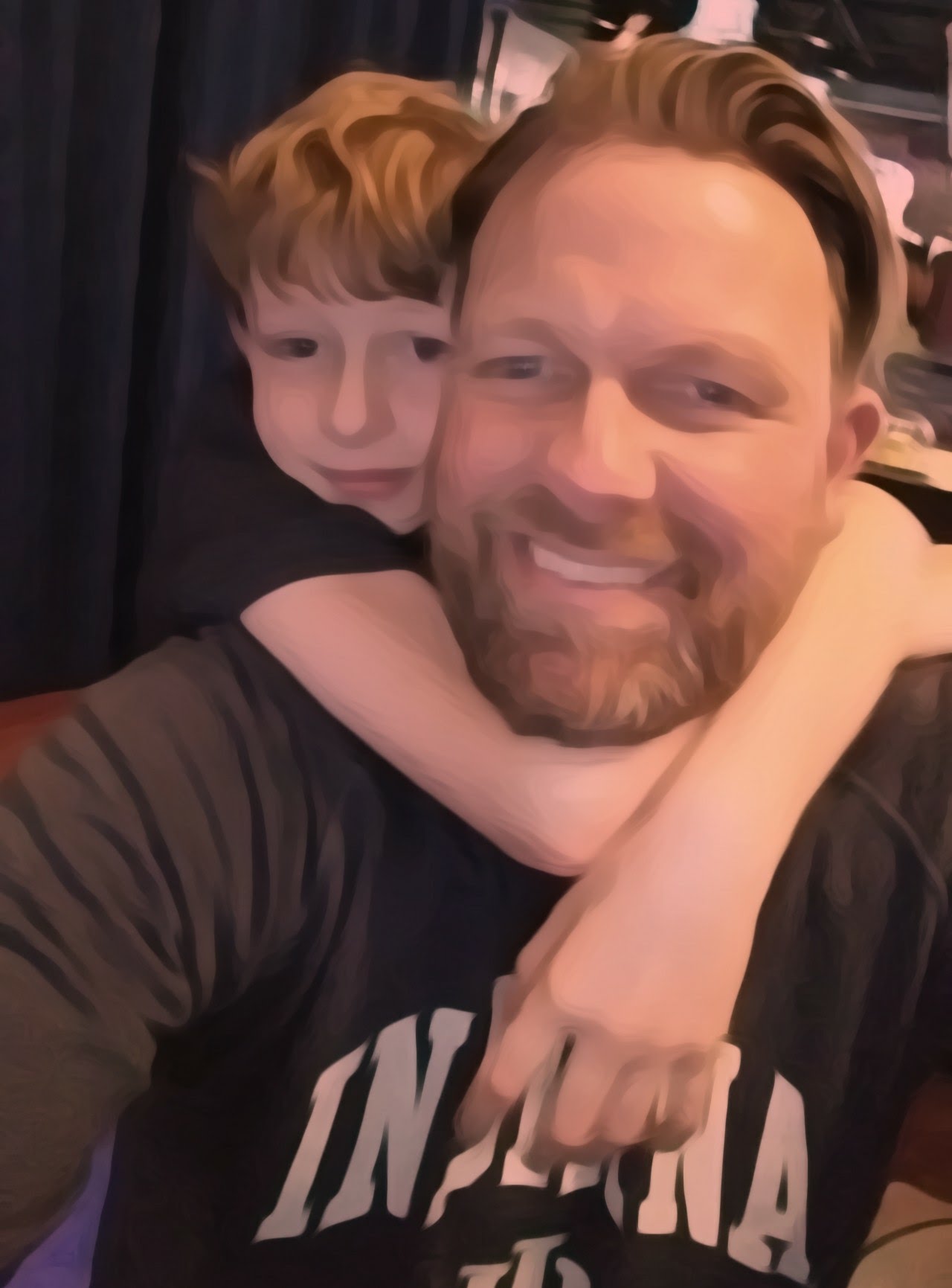 Time. It’s at the core of every decision we should be making when we decide what to do — or not do — with our growing children and our aging parents.

It’s not heroic for me to spend mindless, fun time just playing with my child. It’s a compulsory part of the parenting contract. But we all know it’s just like the other 112 tasks we have that also beg for our attention, each and every day. The difference here is – Time. Time is taking something away each day that it will never give back, which in this case is my son’s 10th year of life, and his desire to have sword fights and Nerf battles with me. Heck, gone someday will be his desire to hang with me at all, maybe.

Which is why I have started having more shadow fights and Star Wars trench run attacks again. And if you see some goofy looking blond guy singing backup in a driveway on Bridgemill Avenue, just know that underneath the din of that off-key harmonizing is a dad trying to Win At the Business of Fatherhood by making better use of his Time.

One of the greatest, most valuable lessons that this dad learned from his dad. 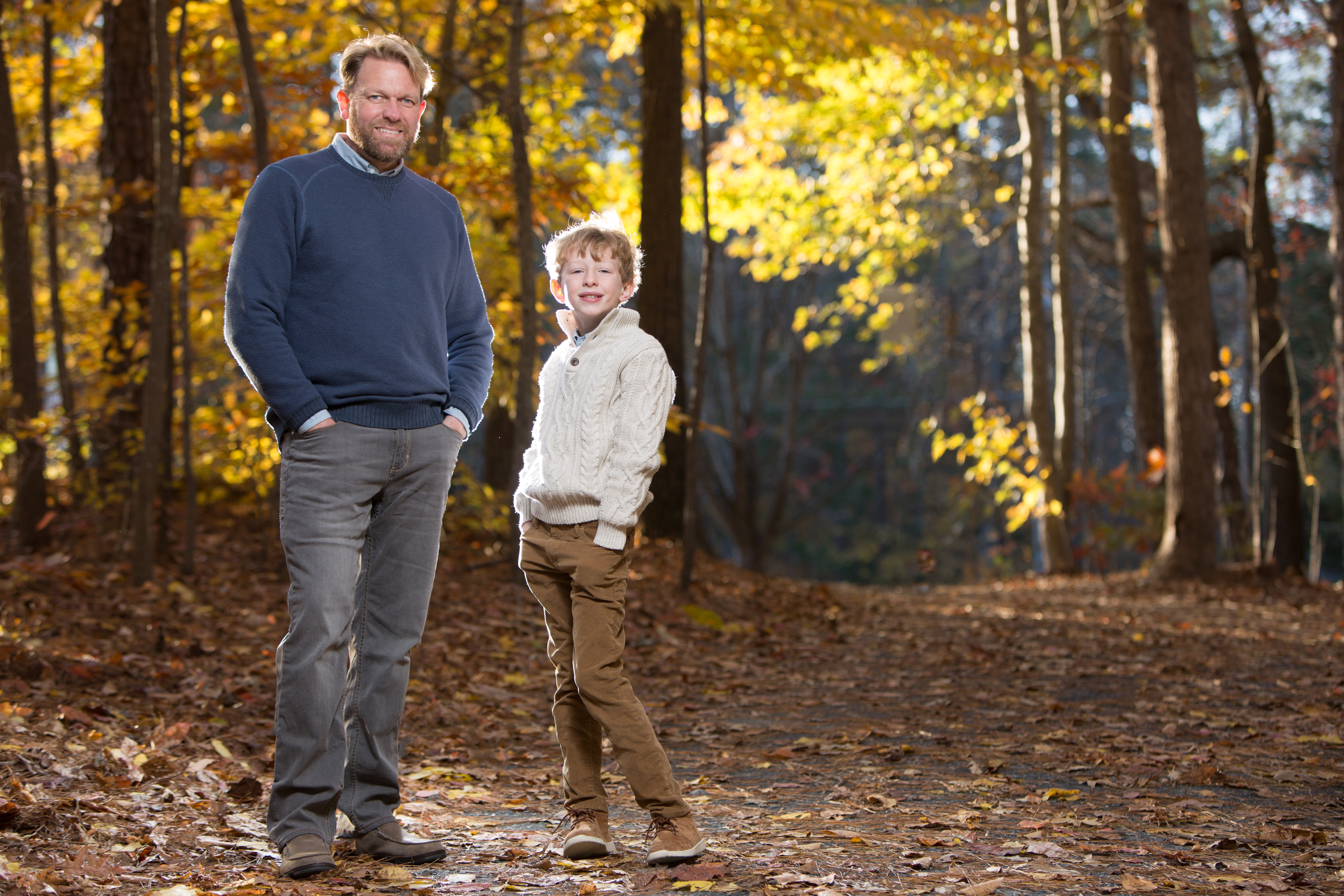 For anyone who’s never listened to The Cat’s In the Cradle with their daddy in mind, or has never heard it at all, please click on the link and listen to it, and the brief story about it from his wife and son right before the video.

Happy Father’s Day to all of my fellow dads out there doing the best we can!

Part Two: Handling the Stress and Pressure in A Hot Real Estate Market

Part Three: Handling the Stress and Pressure in A Hot Real Estate Market

*Attorney Advertising: This web site is designed for general information only. The information presented at this site should not be construed to be formal legal advice nor the formation of a lawyer/client relationship.

**Form Submission: Please be advised that sending us a message, inquiry, question or document via our website or any other online property does not create an attorney-client relationship between you and any lawyer at Hartmanlaw, LLC.